Sketched a little bit the other day.... 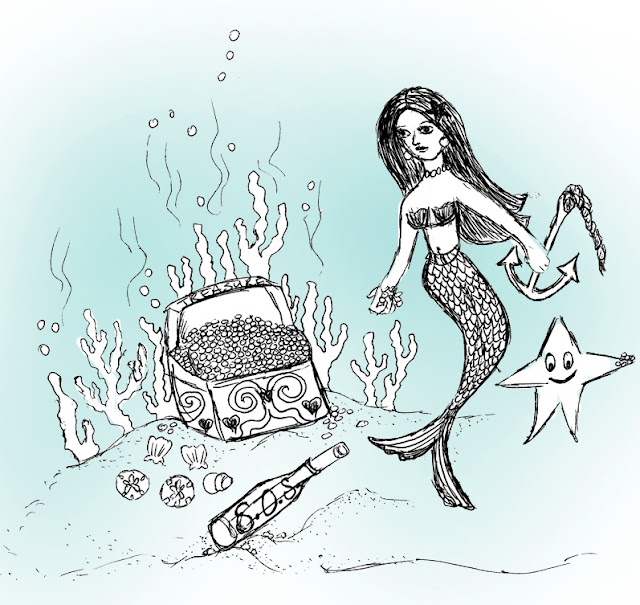 I spent the evening at the International Society for Krishna Consciousness yesterday in Laguna Beach. They are next to the beach and the temple has really wonderful art, statues and paintings inside. After the services, they served the best vegetarian meal ever! I had a wonderful time here and it was very inspiring. 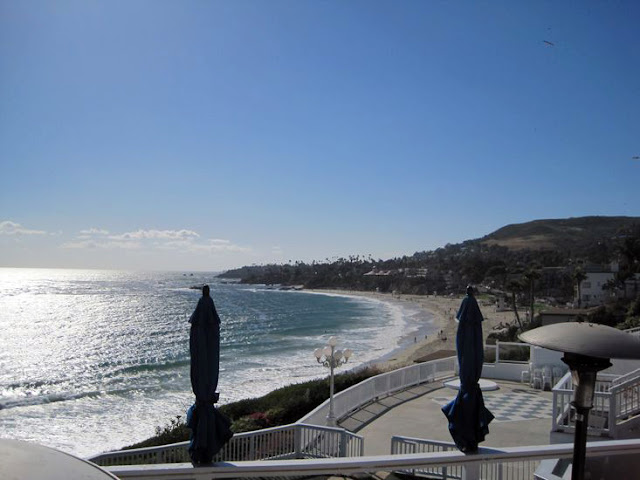 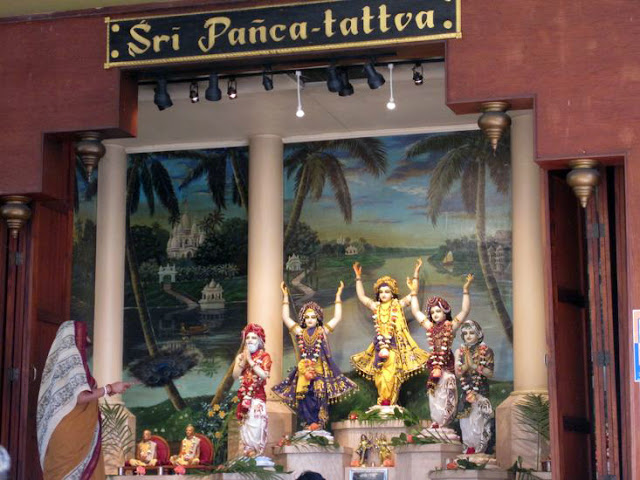 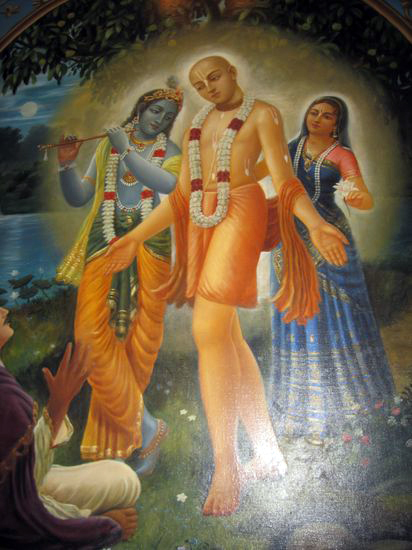 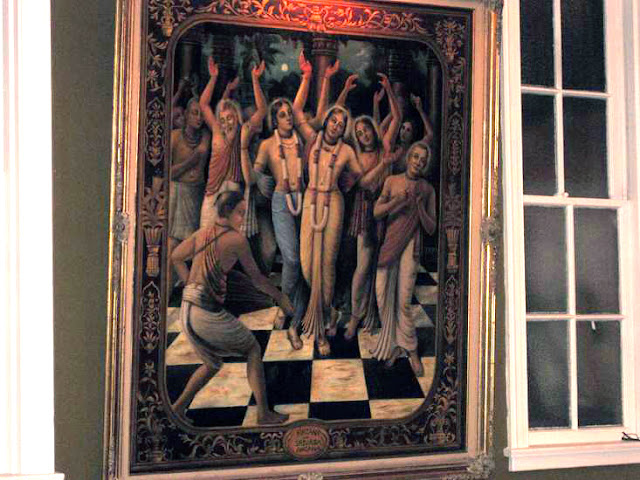 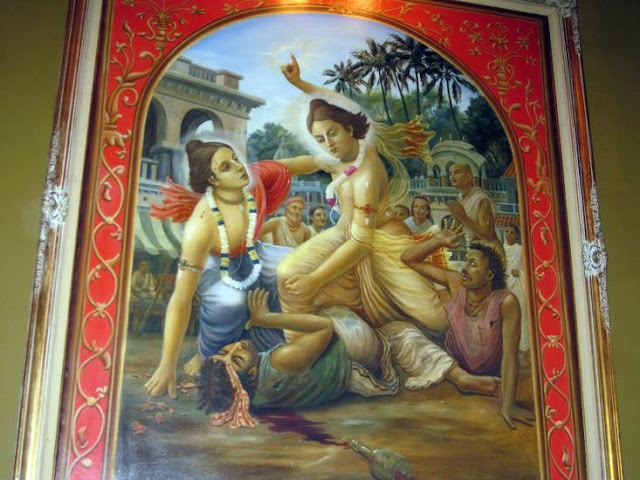 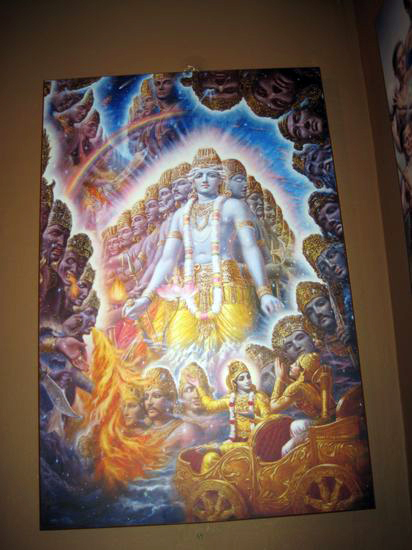 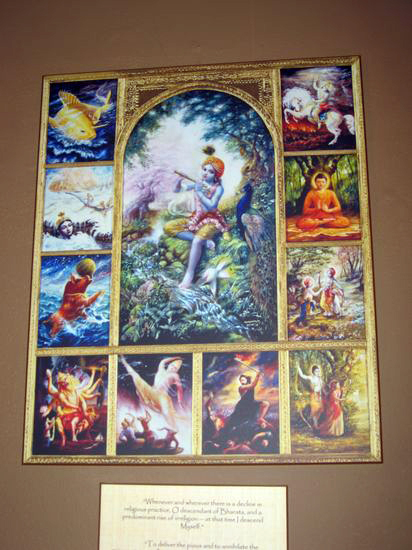 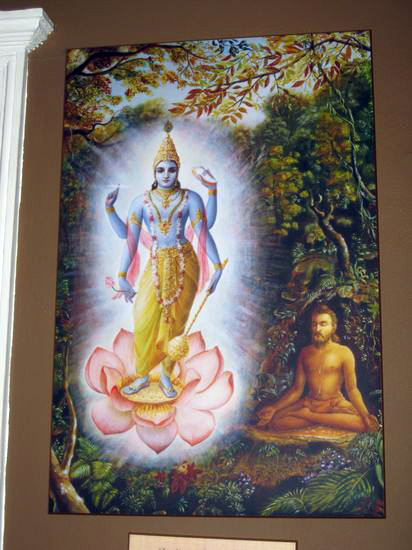 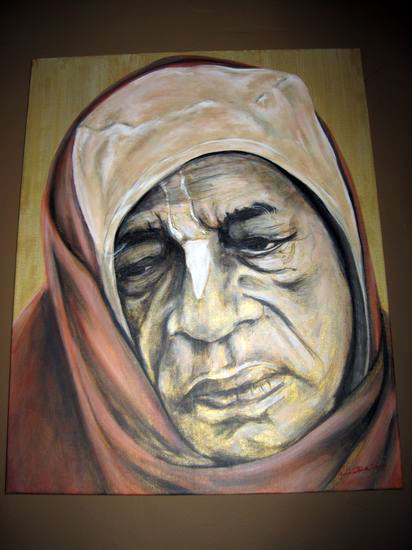 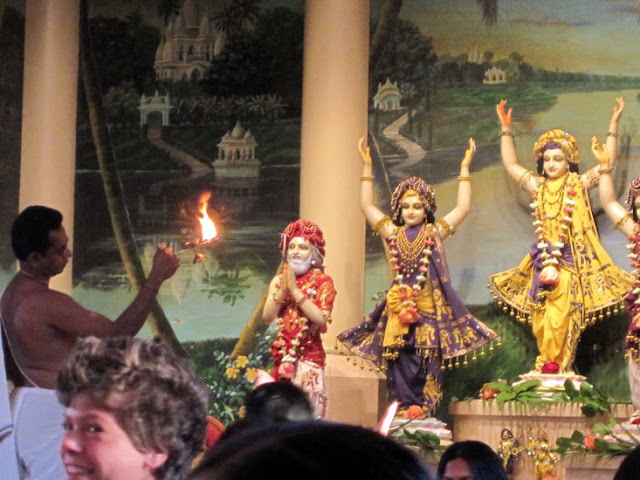 Posted by Girl With Chalk at 8:49 AM No comments:

The expo was AWESOME!!! And the Cartoon Art Museum was great!
Thanks to the Museum and the Fans! And a great thanks to the Padilla
family for their great hospitality. I am grateful to have been a part of it. 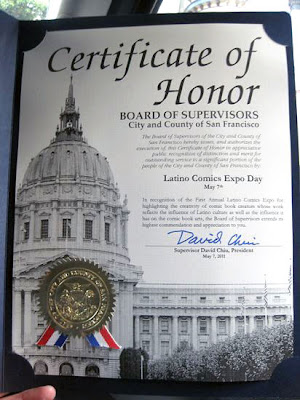 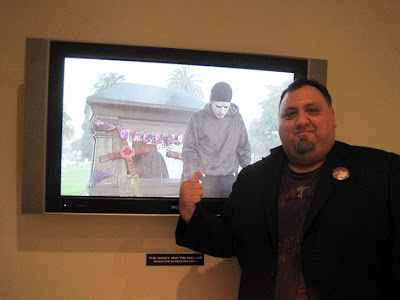 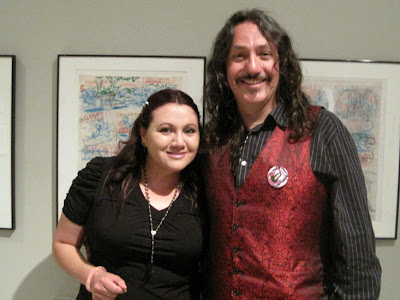 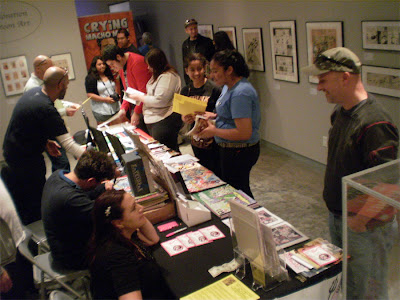 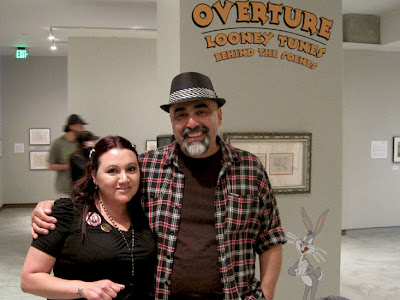 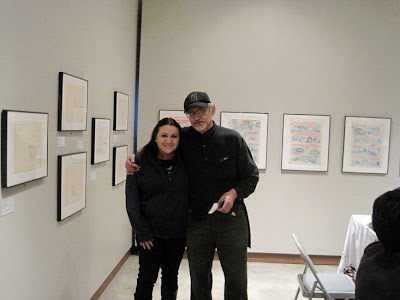 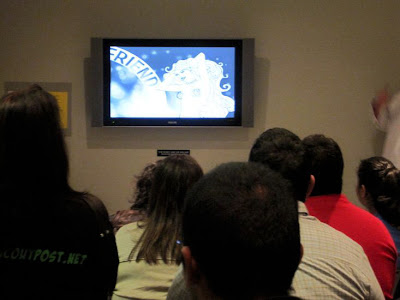 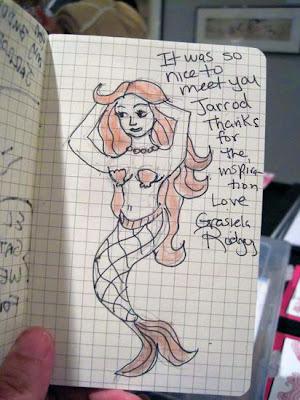 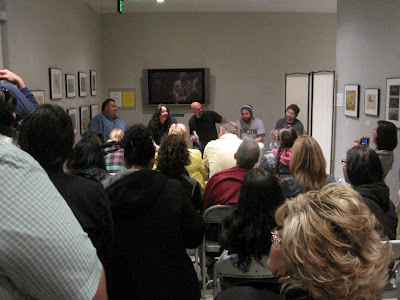 Posted by Girl With Chalk at 9:59 AM No comments: 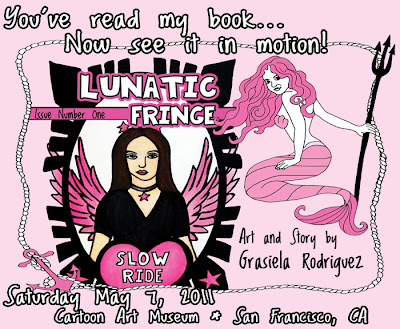 ﻿
Cinco de Mayo always brings many tasty treats and ethnic delights to the SanFrancisco Bay Area. In celebration of the season, the Cartoon Art Museum presents the First Annual Latino Comics Expo on Saturday, May 7 and Sunday, May 8, 2011.
The Latino Comics Expo is an event celebrating the influence of Latino culture on the comic book arts. The event founders are longtime Bay Area arts patron Ricardo Padilla and cartoonist/publisher Javier Hernandez.
Attending creators include Michael Aushenker, EL GATO, CRIME MANGLER; Hector Cantu, writer of the BALDO newspaper strip; Jose Cabrera, CRYING MACHO MAN; Jaime Crespo, TORTILLA; Javier Hernandez, EL MUERTO; Rafael Navarro, SONAMBULO; Anthony Opreza, AMIGOMAN; Grasiela Rodriguez, LUNATIC FRINGE; Carlos Saldaña, BURRITO; and others to be announced. Museum patrons will have the opportunity to meet these artists, purchase books, get original sketches and participate in workshops and special presentations throughout the weekend.
Highlighting the Expo will be a rare convention appearance by Mario Hernandez, who launched the legendary LOVE AND ROCKETS comic book series back in 1982 , along with his brothers Jaime and Gilbert. Mario will be conducting a reading and signing. An exhibition celebrating the thirtieth anniversary of LOVE AND ROCKETS is scheduled to launch at the Cartoon Art Museum in 2012.
“We’re honored that Ricardo and Javier approached us to host this historic event,” said Cartoon Art Museum Curator Andrew Farago. “They’re bringing a lot of knowledge and a lot of enthusiasm to the Expo, and I’m looking forward to working with such a talented group of creators. I wouldn’t be surprised to find out that Ricardo’s already started planning for the Second Annual Latino Comics Expo.”
About the Cartoon Art Museum
Founded in 1984, the Cartoon Art Museum is the only museum in the western Unite States dedicated to cartoons and comics. The Museum was started by a group of cartoonists and collectors who wanted to share their appreciation of this unique art form with the rest of the world. The Museum is dedicated to the collection, preservation, study and exhibition of original cartoon art in all forms to benefit historians, cartoonists, journalists, artists, collectors and the general public.
Posted by Girl With Chalk at 7:00 AM No comments:

CAN YOU SEE THE REAL ME

Girl With Chalk
My name is Grasiela Rodriguez, I love chalk art...I'm also a Graphic Designer by day and a Cartoonist by night! This is my blog about art and stuff on my mind...etcetera...etcetera...I like doing chalk murals, but during the "off season" I try to create art and comics to stay creative.